Putting the FUN back in to 40k

Hi guys, this is an exciting guest post brought to you by the legend that is Dan from the Eternal Warriors. (if you havnt heard of them, where have you been?) 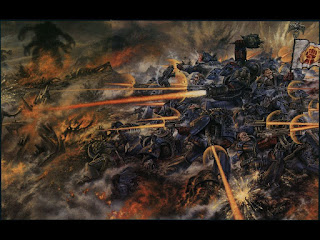 What’s the smallest game of 40K you’ve ever played? 1,000 points? 400 point Kill Team? How about 250 point Kill Zone? Have you ever thought about going even smaller? How about 200 points Suicide Squads?

One of the hidden gems in the 6th edition rules is a small paragraph in the back of the book in the campaign section that describes ways of playing extremely small games of only 200 points. When I first spotted that entry in the rules I ignored it as a gimmick to take away from Big Jim’s 250 point Kill Zone homebrew rules. In a way I suppose it is but after playing a few games I’ve come to discover that it’s also pretty damn fun and (sorry Jim) better than Kill Zone 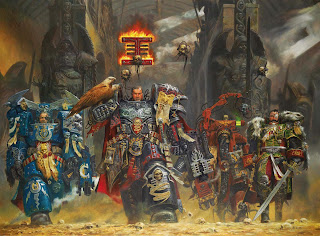 So what is Suicide Squads rules? Aside from it’s abnormally small size Suicide Squads rules are identical to standard games of 40K in all ways except two, every model gains the Independent Character rule and there is no FOC. That’s it, no new additional rules to remember, no changes to list creation, no special rules for missions or deployment games, no changes whatsoever. 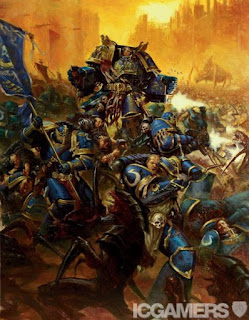 Although Suicide Squads a standard game of 40K, game play feels much different. It’s the best way I can think of bringing the feel of a Black Library novel to the table top. Previously the only way to get the Black Library experience was to pick up a Fantasy Flight Games role playing game. Giving each model the Independent character rule is what transforms the game from a standard wargame to a true skirmish game. Each model can be as heroic as the dice will allow. 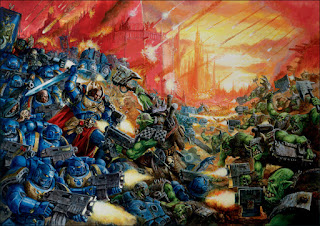 These micro sized games aren’t for every player or every army. I know plenty of people who only play huge Apocalypse sized games. I’m also willing to guess that most people in this hobby enjoy putting down 40+ models on the table. I’ve myself played 200+ models in games under 2000 point (nids). For most of those guys playing a game with only 6 models (or even one model) is heresy. 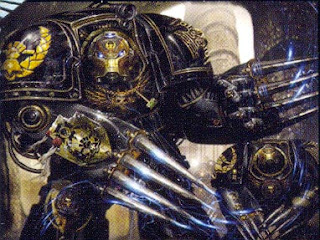 I disagree with that viewpoint. Play a few games of Malifaux and you’ll see that a game with a small handful of models is plenty fun and has lots of advantages over standard sized games. One is that you can try a new codex without a spending a ton of cash to buy a new army. Usually a single box of models or a couple blisters is more than enough. Another good reason is painting, you can easily buy the models one week and have everything fully painted and ready to go by the next week. Time is another reason to play these rules. How many of us have as much time as we want to play games? I certainly don’t. Sometimes I only have an hour or two with the guys to play games. That’s not nearly enough time to play a standard 1750 point game (at least it isn’t with us) but it’s plenty enough time to get in 3 or 4 different 200 point Suicide Squads games.
While games of this size are great for anew player they’re also invaluable for experienced players who are building a new army. At this point level you don’t have the option of multiple full sized units who are loaded down with equipment. Usually you can only take one moderately costed unit. You now have the opportunity to test your single moderately priced unit vrs another moderately priced unit of your opponents. Given the time it takes to play a game you can put together a test unit, watch it fail, make some modifications, try again, fail again, make another new change you never considered, then get it right and learn 3 games worth of experience in an hour.

Of course game of this size also allows you some time to try some real goofy shit that you’d never pull in a normal game just to see what would happen. Go ahead and put 40 guardsmen in a battle with a fully equipped Chaos lord. See what happens and tell me about it. 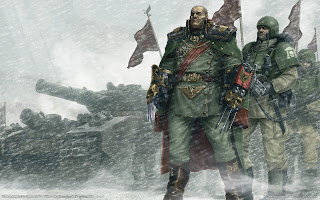 If you’re going to give Suicide Squads rules a try then let me give you a few tips;
Watch your model placement. Independent characters automatically join up with one another if they’re within 2 inches. You may form a small unit without meaning to. Use lots of terrain. I’m thinking 75% terrain coverage is best if you want any single model to have a chance of surviving. Use a 3x3 table. Even a 4x4 is huge when you only have a few models out there. 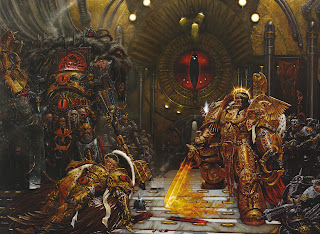 Try something absurd and write your own scenarios based on fiction. Go ahead and put Dan Abnett to the test. See if Marbo can take out a Chaos Dreadnought by himself as Larkin did in the Gaunts Ghosts series, see if a squads of IG vets with loads of equipment can take out a squad of Khorne Bezerkers.
What are the pitfalls of games this small. There aren’t many but certain codex’s aren’t very viable at this point level. Any codex with expensive troops can be difficult to play because even a single casualty from a lucky shot is a critical loss. Multi-purpose special weapons like a plasma gun are worth their weight in gold unless the model they’re on gets killed early. Then they’re an expensive point sink that cost you the game.
While these games aren’t for every one they do have a small place (pun intended) in your game nights. If you’ve got an hour to kill while waiting for another player to show up go ahead and pull some models out and get in a quick game or two. You may have an amazing amount of fun.


There you have it, a HUGE thanks goes out to Dan for this post. Hopefully we can persuade him to return in the future!

As always thank you very much for visiting the site----------if you have any questions or comments please feel free to share them!----------You can help us out by joining us on facebook here: https://www.facebook.com/Scifiwargamers or Following us on twitter Here: @Marsekay-------If youre feeling VERY generous,by using the donate button or finally just browsing the site! ----------Thanks for visiting from the SciFiWargamers team.
Posted by Marcel at 17:32 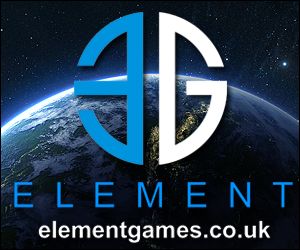 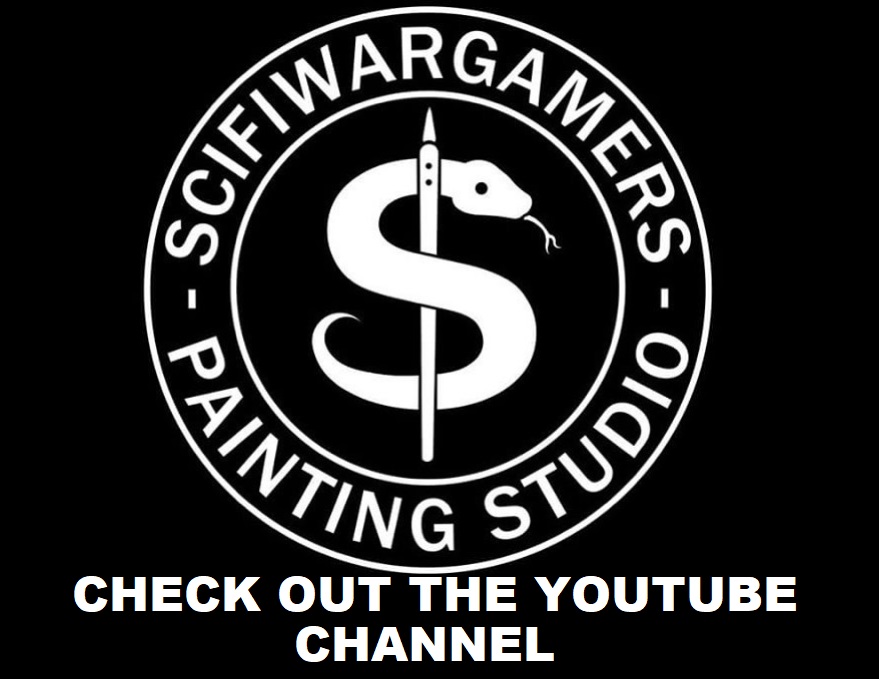